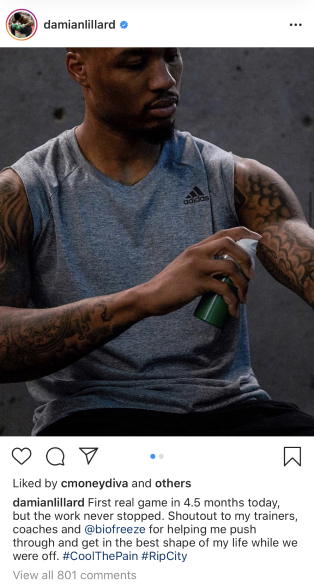 Each network specific passive or active engagement is compared within our trained model, which bases its learnings on historical Organic and Paid Data to generate Beta weights (constantly updating value weights) for each data point independently on a per post basis.

Reach and impressions for non-authenticated accounts are calculated through machine learning.
Impressions and brand awareness are the most common metric used
to anchor advertising and marketing objectives. Our model backs into impressions to deliver valuation that aligns with an advertising equivalency for CPA/CPE.

Total Brand Value
Brand Value is a portion of the Total Post Value and based on text, audio and visual detection for a brand. 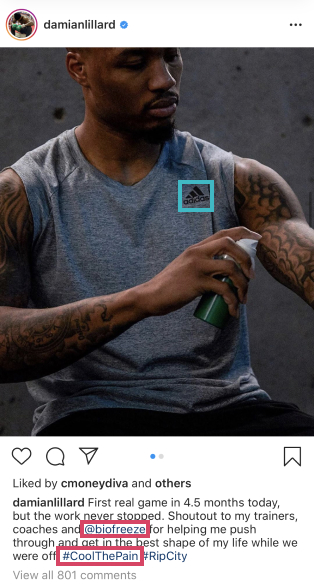 Brand equities (i.e. post content data, or specific brand value factors, that appear within the body of a post that align with brand name, brand mention, tagline, keyword, or hashtag) are weighted and adjusted based on post performance, and provide an input value for the raw brand value score. They do not hold an independent numerical value.

Based on channel, placement and format, visual and audio metrics are derived via an image or video scanning process. Detections of all visually branded elements within a post are valued based on calculations of size, duration (not valid for image), location/position, and clarity (visibility and clutter).

0 Min
5h 33m
Total Brand Value
Brand Value is a portion of the Total Post Value and based on text, audio and visual detection for a brand. 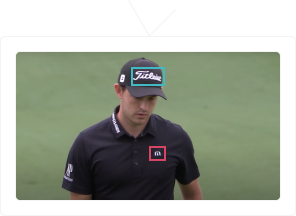 Broadcast valuation uses the CPM value of the broadcast and the viewership to determine the overall value of the entire broadcast. The CPM rates are based on the type of broadcast (local, regional, national etc.). The viewership is recorded from MVP’s nationwide database encompassing more than 3 million households. Streaming viewership data is taken in one to five minute intervals and valuation is determined accordingly.

Brand value begins with the overall video value and portions value to the visible brands within the broadcast or stream. The portions are based on the size of the logo (larger is more valuable), the clarity of the logo (brands have to be visually recognizable), the clutter of the space (more brands in a single shot lead to less perception), and the location of the logo. Optimal logo locations include the top left and center of the viewing area. During a stream, the viewership at the moment the logo is visible is used to determine the value for the brand.

VIEWERSHIP ANALYSIS
ROUND OF 64

March Madness is legendary for its propensity for Cinderella stories  -  underdog teams toppling powerhouse programs, busting millions of brackets across the country in the process.

In order to assess how upsets influence viewership, we analyzed both Average and Minute-to-Minute Viewership from a sample of 14 first-round matchups.  This dataset is comprised of 3 million households across 210 DMAs (every designated market area in the contiguous United States).

Both Oral Roberts’ upset of Ohio State and North Texas’ defeat of Purdue stood out as games to explore further, due to two key effects: Viewership Retention and Viewership Growth.

During the early rounds of March Madness, games often overlap, meaning viewers have the option to switch to another matchup at any point.  Upsets (which typically play out as close games) mitigate this audience fluctuation, retaining viewership when multiple games are taking place simultaneously.

The early-afternoon block of the opening day of March Madness was kicked off by Texas Tech’s matchup against Utah State.  Despite starting 30 minutes earlier, Oral Roberts’ game overlapped with nearly the entirety of Baylor’s blowout, due to overtime.

As a small-market matchup taking place at midday on a weekday, viewers had little incentive to tune into Texas Tech’s win.  Meanwhile, Ohio State’s athletic prestige, Columbus’ DMA size, and Oral Roberts’ NCAA-leading scorer all contributed to massive viewership for the upset.
From the start of OSU-ORU's 2nd Half, viewership increased by 28%, compared to an average decrease of 35% in the other matchups played over the concurrent time. Average viewership was 4.5x higher than any other game during this time frame.

Zooming in on our key matchup, we observed the percent change in viewership relative to tip-off, for the DMAs surrounding the participating schools.  As a whole, we see that viewership increases in every region over the course of the game  -  more so in the top-seeded team's area (+49% avg viewership by end of game) than the underdog's (+29%).

Within the underdog’s surrounding DMAs, viewership stays relatively stable; as a whole, the region’s audience size increased by just 2% on average.  This is likely due to most viewers in the area already being tuned in to see how their local team performs.  As the probability of victory increases, viewership grows, as more people from the region who possibly would not have watched the game otherwise decide to turn it on.

Viewers in the top-seeded team’s region, on the other hand, likely anticipated an easy victory and therefore did not feel the need to tune in initially. By the end of the game, however, viewership increased by more than 83% in areas such as Cleveland and Youngstown.

The map below visualizes Average Viewership of each DMA for the selected matchup, relative to that region’s average viewership of the rest of the first-round contests.

87% more viewers in Lubbock, TX tuned in for the Red Raiders’ matchup against Utah State than any other game, indicating the region’s strong preference for their local program.  Beyond Texas Tech’s fans, the rest of the country showed a relative lack of interest in the small-market matchup.

The Golden Eagles’ upset of #2 Ohio State drew above-average viewership in almost every market in the U.S.  Here we see a decent effect in Tulsa, albeit much less so than Columbus, where many viewers likely gave up on March Madness after their team’s early defeat.

Despite a solid effort from the Hawks early on, audience size was 86% below average in Hartford as viewers seemingly did not bother tuning in to the most lopsided matchup of the first round (-26 point spread).  Meanwhile, viewership was 11% below average in the Waco region, where viewers likely preferred to scout out their team’s potential upcoming competition.

In some cases, an otherwise uninteresting game becomes must-see television thanks to unexpected competition. Purdue vs. North Texas is one such example, where two small-market schools with overlooked programs battled closely until overtime, when the #13-ranked Mean Green blew the doors open.

The evening window of games was headlined by a matchup between two prestigious programs in #8 Wisconsin and #9 UNC.  Houston’s easy victory over Cleveland State also coincided with this time frame.  North Texas’ battle with the Boilermakers tipped-off last, beginning at 7:25PM.

The combination of the programs’ historical significance, close ranking in this year’s tournament, and early tip-off time within the time slot all enabled Wisconsin-UNC to draw immense viewership.  However, arguably the most notable aspect of this visualization is the massive growth in viewership over the course of North Texas’ upset.

From the start of the 2nd half through OT of the Purdue - North Texas game, total viewership increased by an average of 2% every minute.  By the end of the game, the audience had tripled in size.  A significant portion of these viewers had likely transferred over from Wisconsin’s blowout victory, which lost 21% of its viewership over the same time frame.

To more clearly illustrate the viewership trends exhibited by these matchups, we visualized the percent change in viewership within Dallas-Ft. Worth for both games, from the start of Purdue and North Texas' 2nd half. By the end of the upset, viewership in the Dallas area had risen by as much as 355%, compared to a 38% decrease in people watching the UNC-Wisconsin game over the same time period.

The map below visualizes Average Viewership of each DMA for the selected matchup, relative to that region’s average viewership of the rest of the first-round contests.

Wisconsin and UNC’s historical success afforded the matchup title-card status across the country, as nearly every market drew in above-average viewership.  This effect is extremely pronounced in the participating schools' regions (viewership was 183% higher than any other game), indicating the programs’ strong local allegiances.

Houston’s victory over Cleveland State saw the #2 Cougars take the lead from the opening basket, and never look back.  Despite a 37-point deficit at certain points, Cleveland-area audiences demonstrated just 18% less interest than they would have for an average first-round matchup.

Despite the significant increase in viewership by the end of the game, average audience size across the country generally under-indexed.  However, nearby North Texas’ upset managed to draw in above-average viewership in Dallas, the 5th-largest market in the country, where they otherwise likely would have gone unnoticed.

In situations where viewers may be incentivized to switch to a different broadcast, upset victories (especially those featuring close competition throughout) retain viewership effectively over the course of the game.

Within the underdog’s surrounding DMAs, viewership stays relatively stable, as evidenced by Oral Roberts' fans; as a whole, the region’s audience size increased by just 2% on average. This is likely due to most viewers in the area already being tuned in to see how their local team performs.

Historically successful basketball programs such as UNC and Wisconsin draw in significantly higher viewership on a nationwide scale than small schools; however, schools within highly dedicated regions such as Ohio State and Texas Tech also yield above-average viewership within their respective markets.

Audiences who might not otherwise have tuned in become intrigued by the prospect of an upset, prompting them to either turn their TVs on, or transfer over from a concurrent matchup.  From the start of the 2nd half through overtime, total viewership tripled during North Texas’ unexpected defeat of Purdue, as viewers increasingly flipped over to witness the legitimacy of the Mean Green’s upset attempt.

Viewers in the top-seeded team’s region are more likely to anticipate an easy victory, and therefore not feel the need to tune in initially.  Within the underdog’s surrounding DMAs, viewership stays relatively stable, possibly due to most viewers in the area already watching to see how their local team performs.

Upset performances draw the attention of nearby major markets

Despite being overshadowed by numerous colleges in the greater Dallas area, by the end of North Texas’ upset, viewership in the region had risen by 140%.  In doing so, the team managed to draw in above-average viewership in Dallas, the 5th-largest market in the country, where they otherwise likely would have gone unnoticed.

Thank you! Your submission has been received!
Oops! Something went wrong while submitting the form.
HomeInsights
Follow us: